Math and the Humanities

Continuing our recent theme, we will explore how Math has helped and hurt the Humanities. Starting in the early 1900s, society perceived the greater importance of Mathematics, which led to an interest in “Analytic Philosophy” in the United Kingdom, USA, and other countries. We will briefly explore how the movement grew and who influenced it (such as Bertrand Russell and Ludwig Wittgenstein).

To cover both sides, we will also review some articles that express how Math helps writers of great literature. One example was Ernest Hemingway, whose writing style has “the mathematical complexity of a fractal”, and another was T.S. Eliot, who compared the artist’s mind to a chemical reaction. Also, we will cover some math metaphors from classic works from Shakespeare and modern works like “The Life of Pi”. If we have time, we may also read some quotes from Wittgenstein’s “Tractatus”.

Please join StoicDan this Sunday for “Math and the Humanities”. We hope you’ll read the following material and bring a friend to the discussion. Hope to see you there!

“Why Writers Should Learn Math”
The New Yorker Magazine
https://www.newyorker.com/books/page-turner/why-writers-should-learn-math

Mathematics and What It Means To Be Human
The Chronicle of Higher Education
(this article was behind a paywall, so I downloaded a summary as a PDF)
http://dlc-hosting.com/temp/Mathematics_Human.pdf

Ludwig Wittgenstein and “Tractatus”
A summary of his work and some good quotes
https://en.wikipedia.org/wiki/Ludwig_Wittgenstein#Publication_of_the_Tractatus

A few weeks ago, a few members indicated their interest in joining a separate discussion on a book that I mentioned –“Surviving Death: A Journalist Investigates Evidence for an Afterlife” by Leslie Kean. Let me know if you are interested in reading the book and getting on the discussion list — probably in late August. 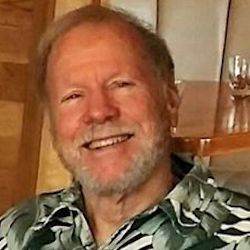